KARACHI: The Federal Investigation Agency (FIA) has busted a gang involved in swindling millions of rupees by impersonating military officials or by luring people with hefty lotteries over phone calls in Punjab.

The gang was capable of even creating fake thumbprints by stealing the National Database and Registration Authority (NADRA) database, Express News reported on Tuesday.

According to the FIA investigation, the gang used to devise a detailed strategy before executing their plans.

“They [fraudsters] have invented a technology that is capable of manipulating the biometric system, Nadra system and other sensitive operations of the country, including issuance of cellphone SIMs and changing the modules of SIMs,” Shahid Hassan, the deputy director of FIA’s Cybercrime Circle, told Express News.

The gang used thumbprints from Nadra’s database and converted them on silicon sheets for making the encrypted SIMs usable, he explained.

According to Hassan, the suspects ran their operations through an office in a village on the outskirts of Sargodha. 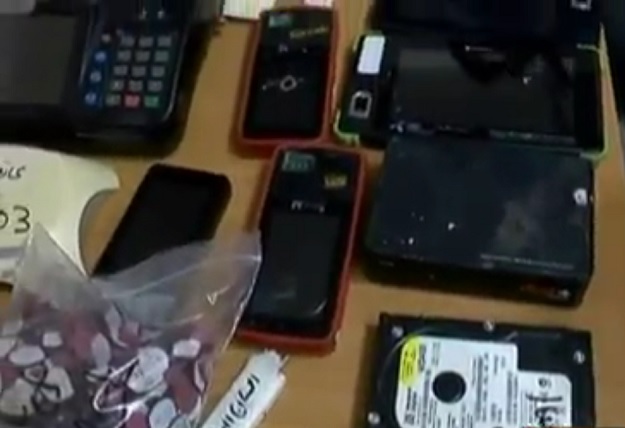 Illegal foreign exchange, machines for making fake thumb impressions, hundreds of cellphones, millions of mobile phone SIMs and people’s computerised national identity cards (CNICs) among other items were recovered from the ‘headquarters’ of the gang.

The FIA officer also made an appeal to the masses to avoid sharing their sensitive information with anyone over telephone in greed of winning lotteries.

Last month, the media wing of Pakistan Army cautioned the general public to be aware of telephone calls from those impersonating military officials.

“The impersonators try to seek personal details like CNIC, bank accounts, etc on the pretext of census verification, etc,” said the Inter-Services Public Relations (ISPR). “Please be aware that no such calls are being made from Pakistan armed forces,” it added.

The military’s media wing further said “public is requested not to respond to such calls, and immediately report the same on emergency helpline UAN 1135 and 1125.”

The same appeal was made in January when the military warned citizens against sharing personal details with fraudsters impersonating army officials on the pretext of census verification.