The internet has taken over our lives and made us into addicts. Here’s how 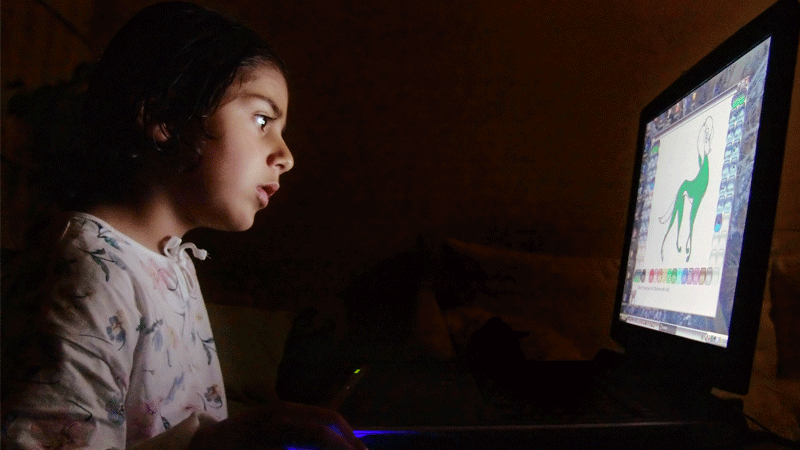 How many times do you use your smartphone in a day? Are you constantly checking your Instagram or Facebook on your phone, say every 10 minutes? If your answer to these questions is YES, you are officially a digital addict.

Addiction, literally, is a strong and harmful need which gradually becomes your daily habit which you do not want to quit at any cost. Digital addiction is a global phenomenon and a grave problem. Be it parties, functions, educational institutions, offices, or at dinner tables, you see people glued to their mobile screens.

Samina Ahmed, a student counsellor and educationist, notes that most adults spend hours scrolling through social media feeds or websites like zombies, because according to them, this is the best way to kill boredom. It is also an escape from embarrassing or awkward social moments and conversations.

Amber Kazmi, a clinical psychologist, points out some of the key symptoms of addiction, such as insomnia, detachment from the real world, isolation even from friends and family physically present, relationship issues and lack of human interaction. In addition, the constant beep of your smartphone can distract you from important tasks, slow your work and interrupt those quiet moments that are so crucial to creativity and problem-solving.

Wahaj Siddiqui, a 31-year-old assistant manager at a private company, has been addicted to the internet for last five years. Explaining his addiction, he says that “Initially I used to spend only two to three hours on internet after coming back from work, either playing video games or browsing websites. Gradually, the time duration kept increasing and now I spend approximately 10 to 12 hours on the internet every day after work, so much so that even I cannot sleep properly at night due to which I have started feeling lethargic most of the time.”

Health experts report that majority of the teenagers in Pakistan are spending more time than is healthy on Instagram and Snapchat. Naila Anees, an entrepreneur and a mother of a 16-year-old daughter, recounted that she usually sees her daughter hooked to the smartphone, either chatting to friends on social networks or putting up selfies. What makes Anees anxious is that her daughter has become irritable, rude and belligerent in her behaviour; and her grades are falling at school, which is alarming.

It is not only adults and teens. Children below three years of age can also be seen fiddling with smartphones. “Parents are mostly responsible in this case,” says Ahmed. “Most of the times, parents are tired and they don’t want to play with their children, so they have found the easiest babysitting hack to pacify a fussy baby. Take a smartphone, find a game or cartoon, and put it in the child’s hands. Voila! The magic trick works,” adds Ahmed.

Research further suggests that if you are constantly checking your phone, you are more likely to get stressed out by what’s happening on social media. Political arguments or body shaming on Facebook and Twitter have a negative emotional effect on most, so much so that people may even have suicidal thoughts. There are many teens and adults who having succumbed to cyberbullying.

Smartphones have brought the world to our fingertips but this has also increased a sense of anxiety and depression among individuals. According to a recent study, published in NeuroRegulation, digital addiction is real and smartphones are causing it in a growing number of people. Furthermore, the symptoms and behaviours of the digital addicts are similar to users of actual substance abuse. This has resulted in “phoneliness” — a state of increased loneliness, anxiety and depression.

People hooked to their smartphones are still not aware of exactly how digital technology is designed to give them a sense of belonging and participation. Also, there is an argument that the usage of smartphones is essential these days to keep you updated with what is happening. One can watch the news or professionals can check their emails if they are not in the office. More importantly, this is also a good way to keep you connected with your family.

Discussing the benefits of smartphone usage, Mehreen Farooq, an employee at a private bank, says, “I have a tough schedule and I don’t get time to go to the gym. However, this is not a problem because I can easily do workouts at home by watching zumba exercise videos on YouTube. Moreover, I can check my emails from home whenever I’m on leave. And also, I can talk to my friends or family members abroad through WhatsApp.”

The question arises that if it’s not good for your health, why are people addicted to it? Kazmi shares that one of the primary reasons is the achievement of pleasure or contentment quite similar to when you eat chocolate or win a game. “Whenever you post your photo on social media, you want people to appreciate you,” says

Ahmed. “Therefore, when you receive a message or notification from your friends, colleagues or family members, you feel good. But then there are people who love to degrade or harass others. For these individuals, it’s easier to make statements on a screen that would otherwise be difficult to verbalise face to face.”

Another reason, Kazmi points out, is public recognition. In the digital world, most of the individuals join online forums because they want to feel accepted and recognised by a large number of people and smartphones provide that opportunity. Moreover, people are also hooked to smartphones to overcome their loneliness. Kazmi says that this is extremely dangerous for a person who is already suffering from depression.

So what can be done to overcome digital addiction? Kazmi advises adopting small measures such as turning off your phone when you are eating dinner with your family. Engage in activities or pursue a hobby such as painting, writing or crafts. Try to go for a morning walk in a park or in your own garden and don’t take your smartphone with you. Kazmi believes that it’s also incumbent for families and friends to help individuals with digital addiction to sort things through. Talk to them but don’t be judgmental and stick with them and lend your support in their difficult times.

Are Ali Express items being sold in Sunday Bazaar? DRM finds out

An Internet Shutdown Is Keeping Coronavirus Information From Millions in Pakistan