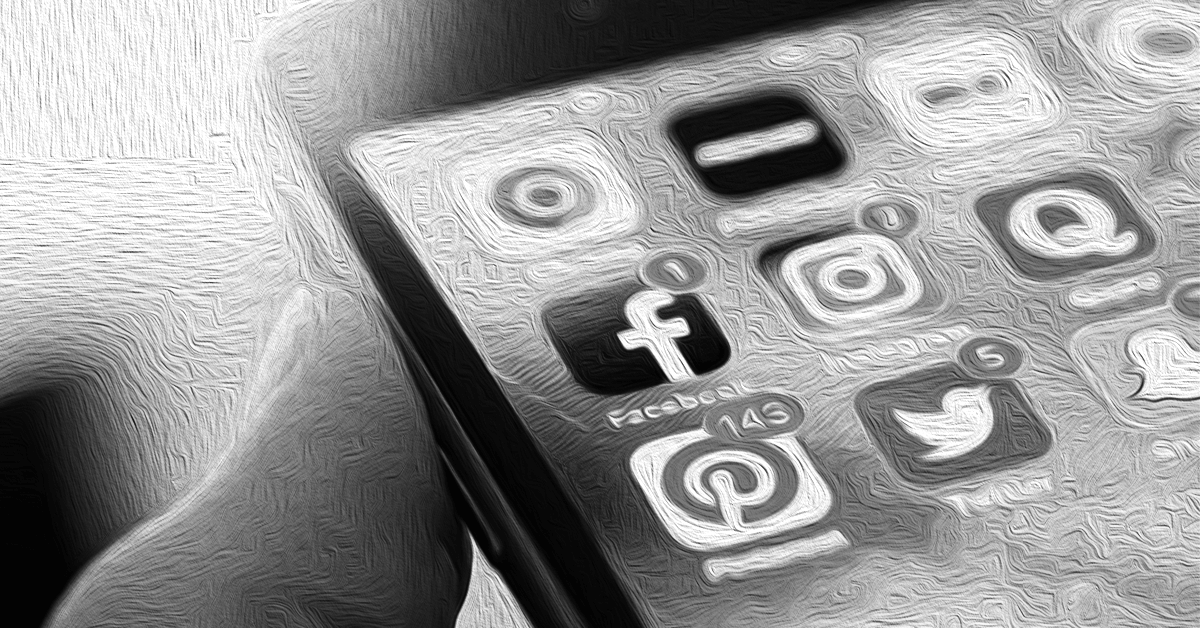 Islamabad — Vanessa Alam’s earliest entries on Instagram are fond memories with friends and family. Now, stories of her life during the pandemic are found squeezed among skincare tutorials, photo shoots for clothing brands, and red carpet photos at launch events. Over the past five years, Vanessa has turned her personal blog on the photo-sharing social network into a marketing and public relations business. Some may even call her an ‘Insta influencer’.

Vanessa is aware of the transformation.

“Digital marketing specifically to date has been my bread and butter,” she says. “This is my life.”

In the age of virality, Vanessa’s work references are hashtags.

“I can apply for a job by just showing them a hashtag that I generated for a particular brand,” she says. The “them” she refers to are private companies looking to increase their online brand engagement and improve their social media content.

Small business owners and young professionals in Pakistan, such as Vanessa, rely heavily on platforms like Facebook and Instagram to earn a living. Often they do not generate income from the platform’s monetisation options but by doing digital marketing for corporations and product promotions for brands. Some of these young professionals are burgeoning designers, musicians, artists, and fashion photographers.

But now their careers and sources of income might be under threat.

On 18 November, the government finally revealed its new rules for online content regulation. The rules are framed under the Prevention of Electronic Crimes Act (PECA) 2016, whose Section 37 allows the telecom regulator to block or remove unlawful online content in Pakistan. These rules were notified almost eight months after an earlier version was secretly approved and quickly suspended in February when it received widespread criticism for its potential damaging effects on human rights and the digital economy.

The new rules retain many of the problematic sections of the February version. They impose several demands on social media companies. Social networks are required to remove or block content declared illegal by Pakistani authorities within 24 hours. They are also required to establish one or more database servers within Pakistan — a condition known in technology circles as ‘data localisation’, which means a company that processes the data of a country’s citizens must store that data inside the same country. Social media companies must also share decrypted personal data of their users with law enforcement on demand.

Non-compliance could lead to hefty fines and even the blocking of entire social networks. The Asia Internet Coalition (AIC), a regional association of technology companies whose members include Facebook, Google, and Twitter, has expressed alarm at the language of the rules.

“The draconian data localization requirements will damage the ability of people to access a free and open internet and shut Pakistan’s digital economy off from the rest of the world,” the association said in a statement. “The Rules would make it extremely difficult for AIC Members to make their services available to Pakistani users and businesses.”

Digital rights advocates say the content regulation is an attempt by the government to increase censorship of online expression, especially criticism of government policies on the Internet. But given the ultimatum from the Pakistani government, the global technology companies might find it easier to withdraw from Pakistan completely rather than shift operations here. The size of Pakistan’s digital economy is growing but still relatively small. In 2017-18, the e-commerce market size in Pakistan was estimated to be around $0.6 billion, only 2 percent of the nearly $39-billion e-commerce market in neighbouring India the same year. While Pakistan’s user base for the Internet and social media is expanding, the amount of money people spend on online transactions is still low.

In this cat-and-mouse game of controlling the Internet between the government and big technology companies, the Pakistani social media users are likely to suffer. Vanessa realises that if social networks are banned or blocked, it will probably mean the end of her business.

“Without social media, I cannot reach my customers,” she says.

Tuba Afzal, a young photographer who has benefitted from the surge in online business activity, is similarly concerned.

“A lot of the work that I get right now is not for big fashion spreads in magazines but rather social media pages so yes if this goes away, I won’t have anything left,” Tuba says, referring to the potential adverse impact of the new social media rules.

She was approached for her first photography assignment through Instagram and continues to get work through the platform. Tuba pointed out that the social media page she runs is not only her work portfolio but also now it has an entire industry built around it.

This is the general sentiment among many people who use similar online platforms to market their products. The ‘buy and sell’ feature on Facebook Marketplace is not yet functional in Pakistan, and popular apps such as TikTok do not offer monetisation options. But Pakistani content creators and young professionals have been able to leverage the social networks to create work for themselves. This means most financial transactions take place off these platforms.

For many, the attraction of social media is not in generating revenue from online activity but in the ability to convert social media reach into gigs. This is especially true for Pakistan’s small music industry, in which artists have limited opportunities to reach an audience. Musicians are using social media as a way to market their talent, says Rafay Mahmood, a film critic and culture journalist.

“They get to play live music and interact with their audience, organise gigs internationally that can help bring money in,” Rafay says.

He says this experimentation with digital forms and engagement has increased during the Covid-19 pandemic. The “music scene” in Pakistan will be effectively “strangled” if the new rules force social media companies to exit, he says.

Pakistani music artists and content creators are familiar with the impact of blanket bans on the Internet. In 2013, when YouTube was banned in the country, musicians had protested stating that it cut them off from a larger international audience. Rafay says at that time musicians shifted to Vimeo and other streaming platforms, which arguably do not have the same audience that YouTube has to offer.

It is not just marketers and content creators that need social media, some startups are also dependent on these platforms. During the summer of 2020, Facebook highlighted one Pakistani startup, Mandi Express, as a success story on its business page.

“Mandi Express would not be here today if not for Facebook,” Mandi CEO Jehanzeb N. Chaudhri says. “A simple post with the idea to connect farmers to customers received so much engagement that it had to be done.”

For operations such as Mandi, there are very few alternatives available to the big Internet platforms, such as Facebook or Facebook-owned Instagram. The entire industry of professionals dependent on marketing and brand promotions through social networks might vanish if these platforms are banned or quit offering their services in Pakistan.

Some technology industry insiders believe that the government would not completely block established social networks, such as Facebook and Twitter, because these sites are now important for domestic political campaigns and international diplomacy. But new and emerging platforms might not experience the same level of mercy. TikTok, one of the fastest growing social networks in Pakistan, was temporarily blocked by the telecom regulator in October for “indecent” and “immoral” content. The new social media rules also offer broad powers to the Pakistan Telecommunication Authority to block or remove online content on the grounds of decency and morality.

“In the past few years, outside of TikTok, we haven’t seen any platform come up that competes with the mainstream online spaces such as YouTube, Facebook or even Instagram,” says Hija Kamran, the Programme Manager for Digital Rights at Media Matters for Democracy.

Hija points to the general idea that the culture and audience of each of these applications is very different. When YouTube was blocked in Pakistan, she says, people continued to flock towards YouTube by using Virtual Private Networks instead of opting for alternatives, such as DailyMotion or Vimeo, or supporting attempts to create similar local video-sharing websites.

“Not to mention that these alternative platforms don’t get the same number of views,” Hija says.

Vanessa seconds this point of view.

“TikTok is very different from Insta or say Facebook, the kind of conversations happening there are not the same and monetisation is not the same as well,” she says. “You cannot simply switch to another platform if one is no longer available to you.”

Platforms such as Facebook, Vanessa says, are built to provide convenience to the audience. Any new platform will really have to compete in order to penetrate the market or gain market share.

Vanessa says that mainstream social media companies already have an advantage: They are pioneers in the field.

“They are also not very tolerant of other smaller companies or competition,” she says. “We see this in how Facebook buys smaller companies that it sees are doing well, for example, Instagram and WhatsApp, and its attempt to buy Snapchat as well.”

Faced with more criticism, it is unclear if the authorities would open a new round of consultations to improve or amend the content regulation mechanism. But the government’s new social media rules are likely to face a legal challenge. In the meanwhile, people such as Vanessa and Tuba who have built their careers through online platforms find it difficult to imagine a future without social media.

Note: The reporting for this news story was done between July and September. The article was published after it became clear that the revised social media rules issued by the government have retained most of the conditions imposed on social media companies in an earlier suspended version of the rules.

Mobile networks suspended in Multan ahead of opposition parties’ rally

Sorry, the comment form is closed at this time. 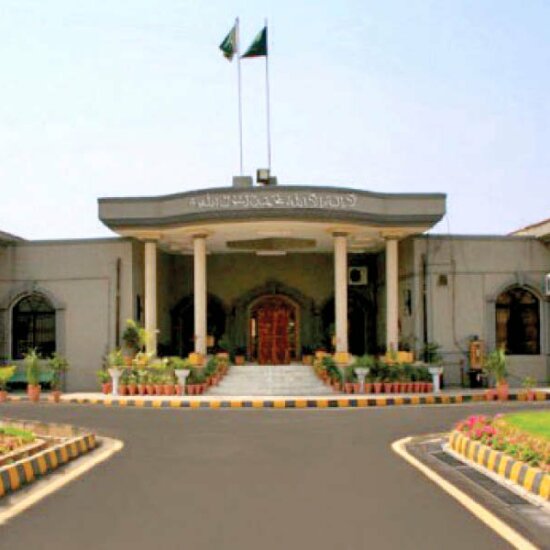 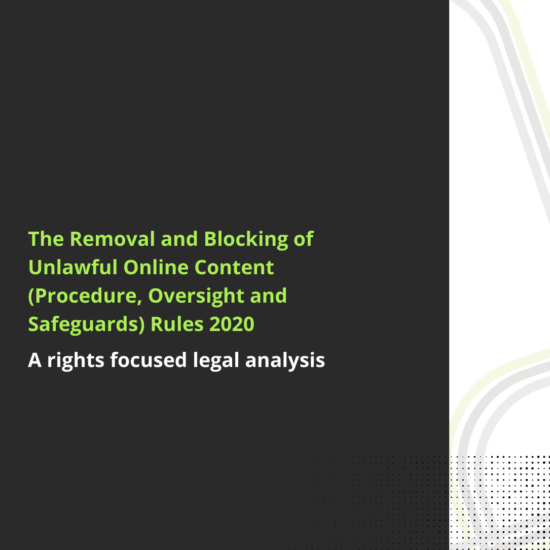 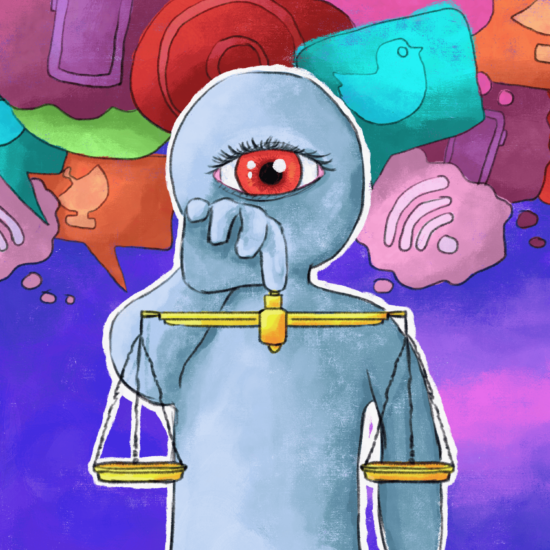