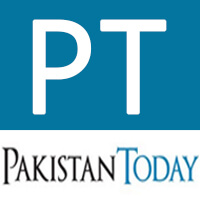 What can happen in the US can also happen in Pakistan

Special US counsel Robert Mueller has indicted 13 Russian nationals and three Russian entities for meddling in the 2016 presidential election. The indictment presents a chilling account of how social media can be manipulated by  a foreign team  to influence elections in another country by sowing discord, spreading  distrust about a candidate and the political system.

The team of conspirators was supported by an organistation in Moscow, which employed hundreds of individuals for its online operations.  The organisation’s annual budget totaled the equivalent of millions of U.S. dollars. Using Facebook and Instagram they created pages like the “Black Lives Matter movement”, “United Muslims of America” and “Army of Jesus”. On these pages they posted derogatory information to support Trump’s campaign and disparage Hillary Clinton. As US elections drew near they also began to promote allegations of voter fraud by the Democratic Party. The fake Facebook group “United Muslims of America” was used to take out a rally in support of Clinton where a participant was carrying a placard inscribed with “I think Sharia Law will be a powerful new direction of freedom.”  They also funded a rally, which was called “March for Trump”, and another called “Down with Hillary”. Days before the election the “United Muslims of America” posted the message that “American Muslims should refuse to vote for Hillary because she wants to continue the war on Muslims in the middle east.”

The US is a country with 86 percent literacy rate and many who interact with social media are wary of fake news. In Pakistan the social media is a relatively new phenomenon.  Here too individual mavericks, sex maniacs and religious bigots have done enough mischief.  A couple of political parties too have used social media to intimidate critics or spread misinformation. One cannot rule out an enemy country or a well-organized and resourceful domestic group to sow discord and distrust and create hatred against certain parties to manipulate the elections to have results of its own choice.  Is the Election Commission sufficiently equipped to cope with a situation of the sort?