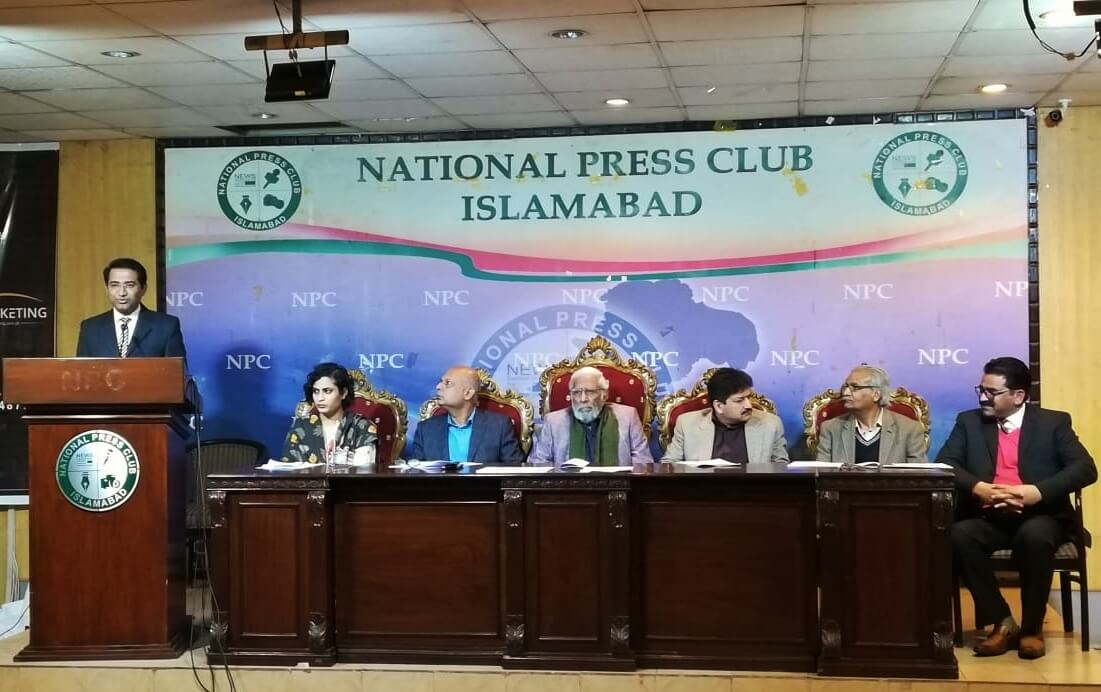 Islamabad, February 20, 2020 — Journalist unions, lawyers, and civil society organisations on Thursday declared the recently notified Citizens Protection (Against Online Harm) Rules 2020 unacceptable and demanded that the federal government should revoke the rules immediately. They also called upon the government to share a concrete plan for the public consultation process on any social media regulation.

The demands were put forward at a joint press conference chaired by the Pakistan Federal Union of Journalists (PFUJ) at the National Press Club, Islamabad. The press conference was held with support from Media Matters for Democracy (MMfD). Representatives of the Human Rights Commission of Pakistan (HRCP) and the Islamabad High Court Bar Association also addressed the conference along with senior journalists and human rights activists.

PFUJ Secretary General Nasir Zaidi read out a joint statement on behalf of the partner organisations. The statement mentioned that the rules exceed the mandate of the Prevention of Electronic Crimes Act (PECA) 2016.

“The rules were approved by Cabinet without any discussion or debate,” Mr. Zaidi said. “The clampdown of online content is the final extreme in a long series of restrictions on freedom of expression and press freedom in Pakistan.”

Mr. Zaidi announced the PFUJ’s plan of action regarding the social media rules. He said the PFUJ and its partner organisations have launched a countrywide movement against the enforcement of the rules. Joint press conferences will be held at the press clubs in Karachi, Lahore, Peshawar, and Quetta to raise public awareness about the issue, he said.

Mr. Zaidi said a national multi-stakeholder conference will be held at the National Press Club, Islamabad, on Thursday, 27 February, to publish a declaration regarding the social media regulation. The PFUJ and civil society organisations had previously issued strong statements to condemn the rules.

Speakers at the press conference highlighted the severe threats posed by the social media rules to the right to freedom of expression, media independence, and Pakistan’s digital economy. The rules also undermine the Digital Pakistan vision of the government, the speakers said.

Harris Khalique, the Secretary General of the HRCP, said the notification of the rules amounts to an unconstitutional and illegal step.

“HRCP believes that the rules issued by the federal cabinet are based on malicious intent,” Mr. Khalique said. “These rules will violate the political, economic, and cultural rights of Pakistani citizens.”

He said the rules should be de-notified immediately. 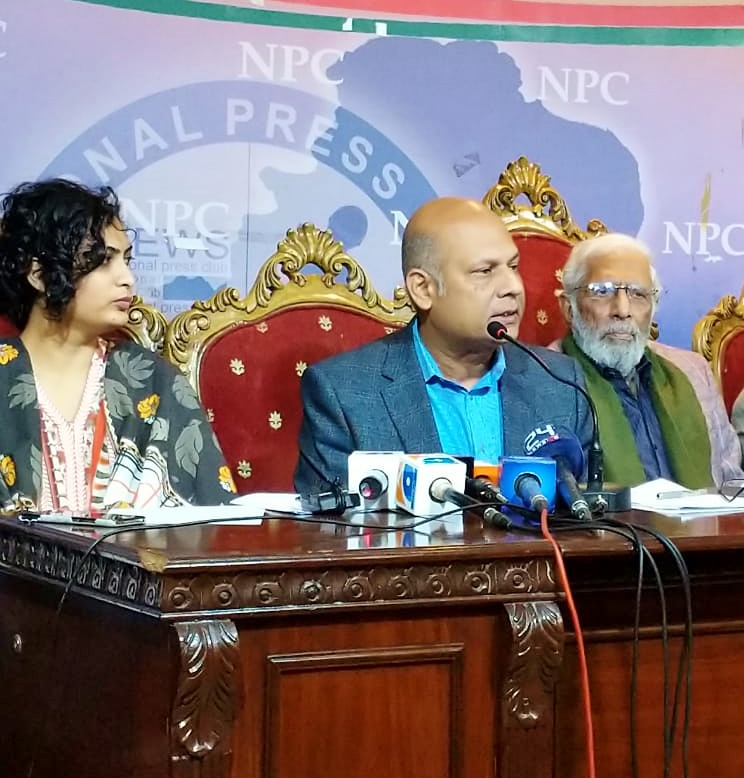 Veteran journalist M. Ziauddin said the ruling party itself will be affected if the rules are implemented. Senior journalist Hamid Mir said the set of social media rules is an “instrument of oppression” to stifle free speech and dissent in online spaces.

Speakers at the press conference said the Prime Minister’s recent statement about holding stakeholder consultation for social media regulation is appreciated. However, they insisted that the federal government should immediately revoke the current form of the rules through a formal written order. They also raised a concern that the government has not shared any concrete plan for the meaningful public consultation so far.

Sadaf Khan, Co-founder of MMfD, said the claims being spread from official quarters that the Internet is unregulated in Pakistan are incorrect.

“We already have PECA 2016 to regulate online content as well as multiple laws for defamation and other online harms,” she said. “These laws have been used quite regularly by the authorities.”

Ms. Khan said the government must issue a clarification about the legal status of the new social media rules.

“We also demand that clarity should be provided about the consultation process being planned by the government,” she said.

Umair Baloch, the General Secretary of the Islamabad High Court Bar Association, said these rules are anti-people and against freedom of expression.

“These rules need to be challenged because they are against the spirit of the Constitution of Pakistan,” Mr. Baloch said. 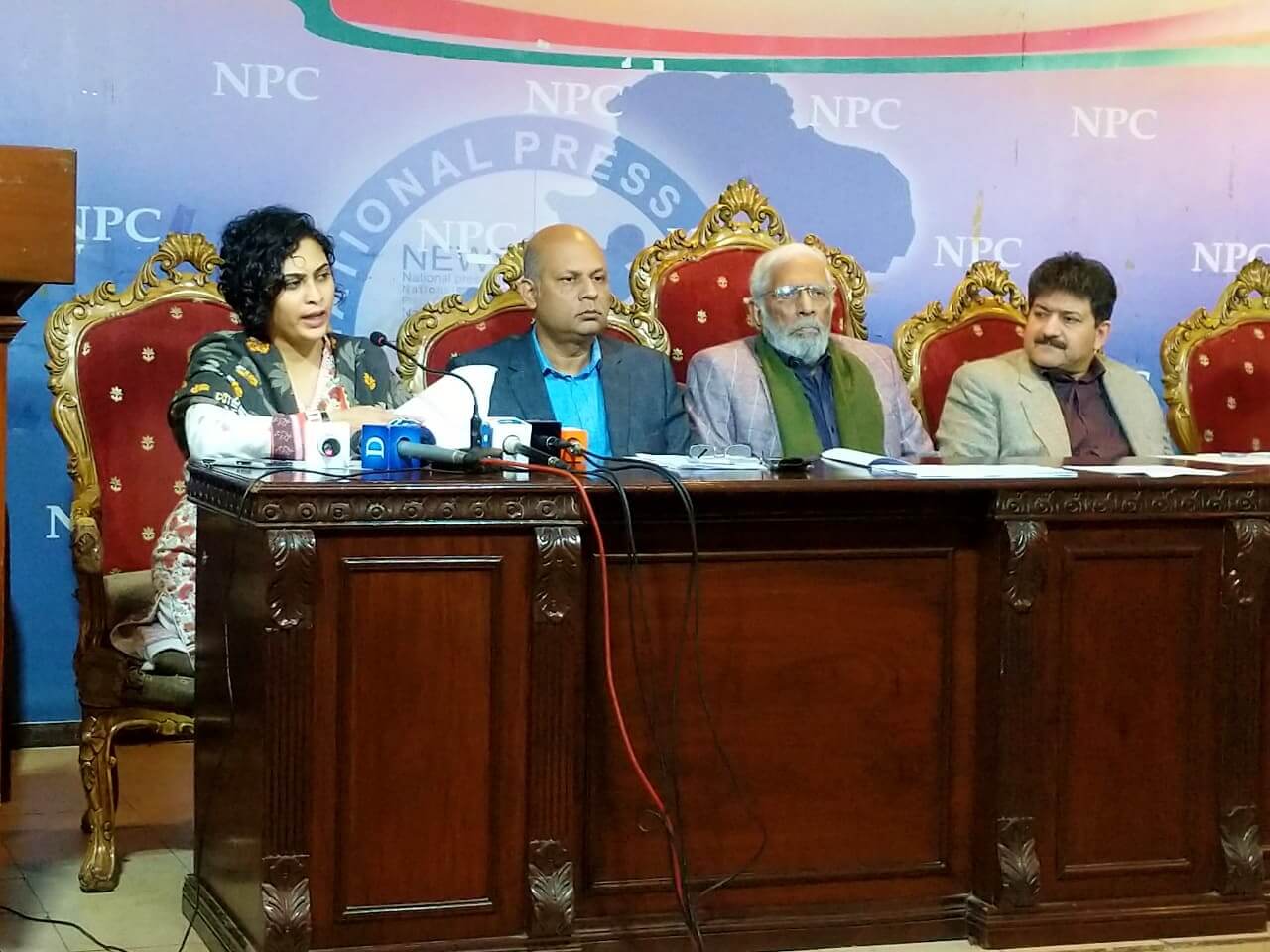 The speakers said constitutionally guaranteed human rights, including the right to freedom of expression and the right to privacy, should form the basis for any law or rule regarding social media.

The federal cabinet had reportedly approved the Citizens Protection (Against Online Harm) Rules 2020 in January, after which the Ministry of Information Technology and Telecommunication had sent the rules to be published in the official gazette. Civil society organisations have pointed out that the rules appear to be in contravention of the parent legislation, PECA 2016.

According to the rules, control for the regulation of online content will be centralised in the office of a national coordinator. But no process has been defined for the designation of the coordinator and the rules lack transparency on how the coordinator will arrive at decisions regarding content regulation. Social media companies will be obligated to open offices in Pakistan, establish local database servers, remove content identified by the Pakistani authorities, and provide decrypted user data on the request of law-enforcement agencies.

The Asia Internet Coalition (AIC), whose members include Facebook, Google, and Twitter, has also informed the government that the rules can “severely cripple” Pakistan’s digital economy and make it difficult for Internet companies to offer their services for Pakistani users and businesses. Committee to Protect Journalists and Reporters without Borders have also condemned the social media rules.

Viral videos versus structural discrimination: The digital fight for trans rights in Pakistan

Mobile networks suspended in Multan ahead of opposition parties’ rally 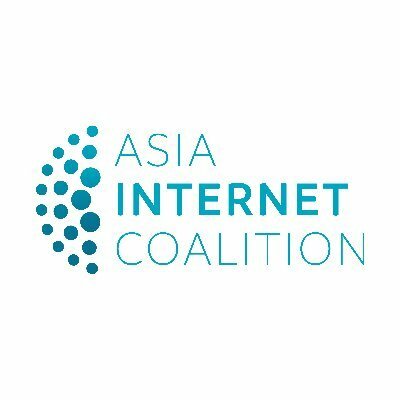 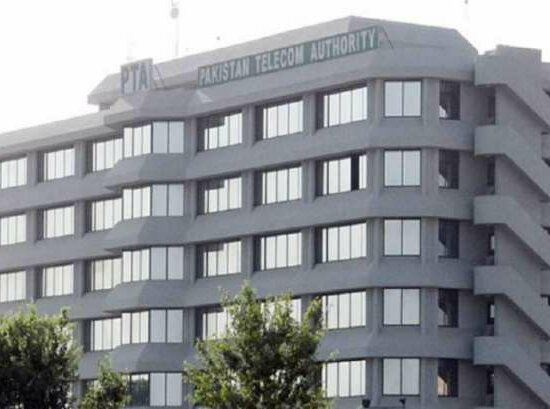